Consisting of the MōVI Pro motorized gimbal stabilzer, MōVI Ring Pro handle, and the MIMIC controller, this kit can perform in either single or dual-operator configurations.

The MōVI Pro motorized gimbal stabilizer itself steadies cameras weighing up to 15 pounds, rendering it compatible with mirrorless cameras all the way up to smaller cinema cameras. With the included batteries, the camera and essential accessories can be powered without adding any bulk to the MōVI Pro.

By offering a unified design, the MōVI Ring Pro lets the camera operator grip the attached MōVI Pro from nearly any angle. Since the design also goes above and below the stabilizer itself, high and low shots are easily accomplished with minimal stretching on the part of the camera operator.

For dual-operator configurations, the MIMIC syncs with the MōVI Pro, allowing one operator to control the camera movements while a second operator moves the camera rig itself. The MIMIC has Bluetooth and 2.4GHz radios built-in for device and accessory communication.

Works beautifully with the ReadyRig Vega, to control horizontal motion from walking or even running.

Included in this Kit 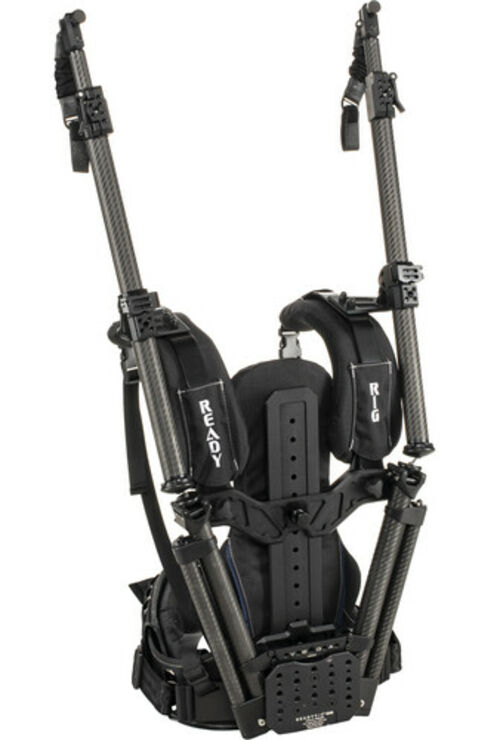